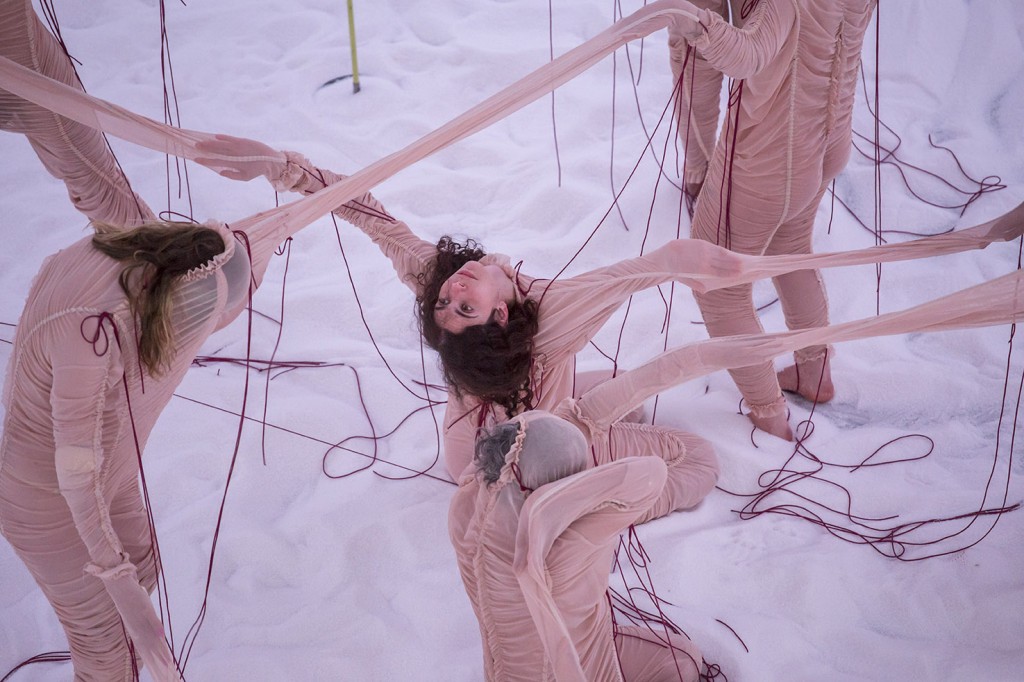 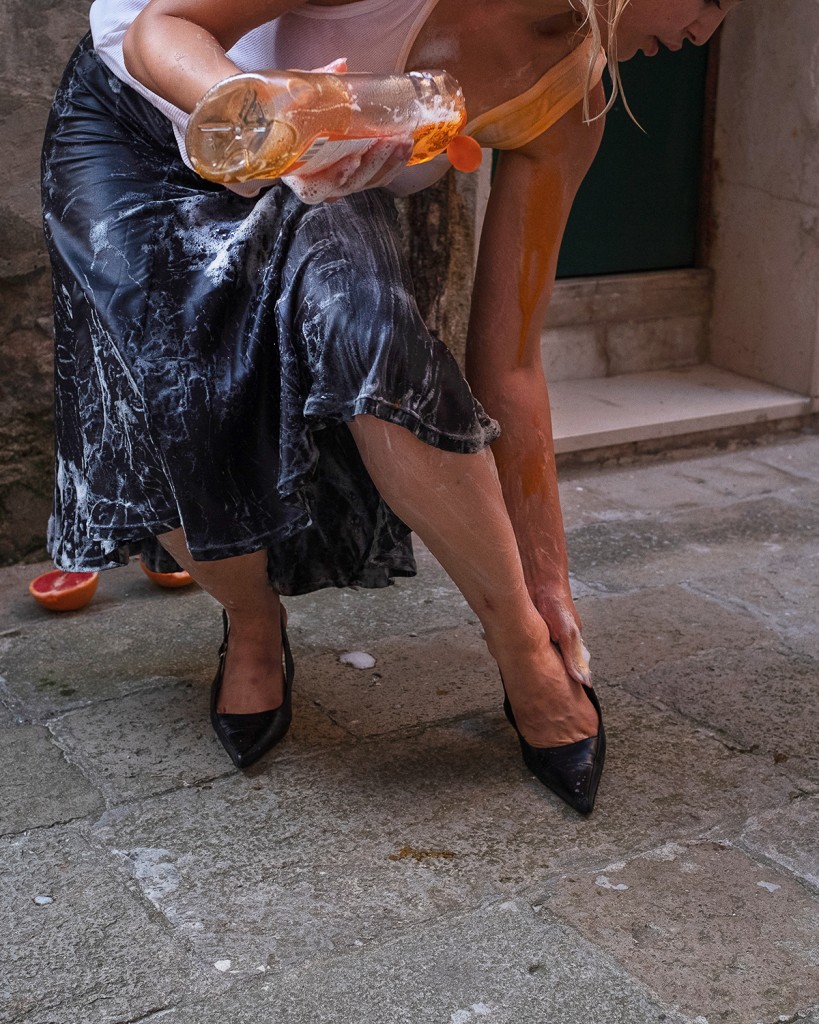 Excerpt from a conversation between Tarren Johnson and Wojciech Kosma at The Performance
Agency Studio, Berlin, July 8, 2019
[…]
W: The only thing I thought about when driving here, was how wonderful it would be if the Settlers Lounge didn’t have any context. I could see it in a theater, a musical venue or in the street. So-mehow it felt like the content was preceding the context, because it didn’t rely too heavily on where it was happening.

T: The original structure of the Settlers Lounge was going to be a box of two way mirrors instead of the final steel framed structure. The atmosphere was shaped by the original design. Even though you could see through the partitions of the space, there was an indication of separation. For me it was really important to find the core and now I will build on it as the performance series continues and moves to different spaces. I really enjoy working in store fronts. I think there is an interesting engagement with the people that are walking by and watching us rehearse over a period of time. And a lot of people ended up coming by for the show with the speaker outside as an invitation.


W: What was the starting point?

T: What inspired me to make this piece was travelling to New Zealand, going to heritage parks and encountering stories about settler colonialism taught via physical postures of wax models. I was going in, literally looking at the physicality and asking myself what am I supposed to be getting from this still representation of a body and a posture in this context. Another element is about ma-nipulating individual and collective ideas of the past. I’m interested in emancipated authorship ap-plied to history.

W: So what happened to these representations during the piece?

T: Well, I perverted them horribly. I think Andrew Clarke menstruating from his mouth at the end of the piece wasn’t something you would see in a historical park.

W: I allowed myself to enter very emotionally into the work and experienced the music as sort of unbreakable, like a crystal…

T: Actually, I’ve been interested in the use of sound in psychological warfare. Music can set a tone for a situation and give you a lot of information about what you should be thinking or feeling.The composer I collaborate with, Forrest Moody, and I push a romantic piano music, evoking daytime television, past a certain limit. I’m not trying to alienate the audience, if people get alienated it’s be-cause they’ve indulged so much in their fantasies that they hit a wall.
[…] 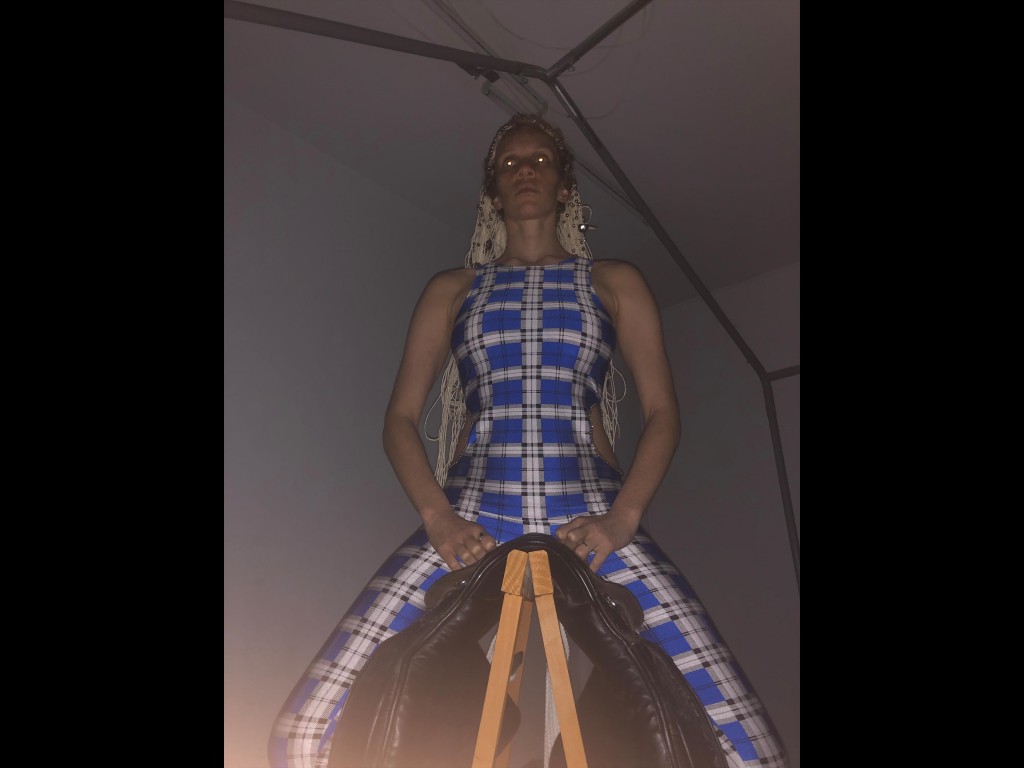 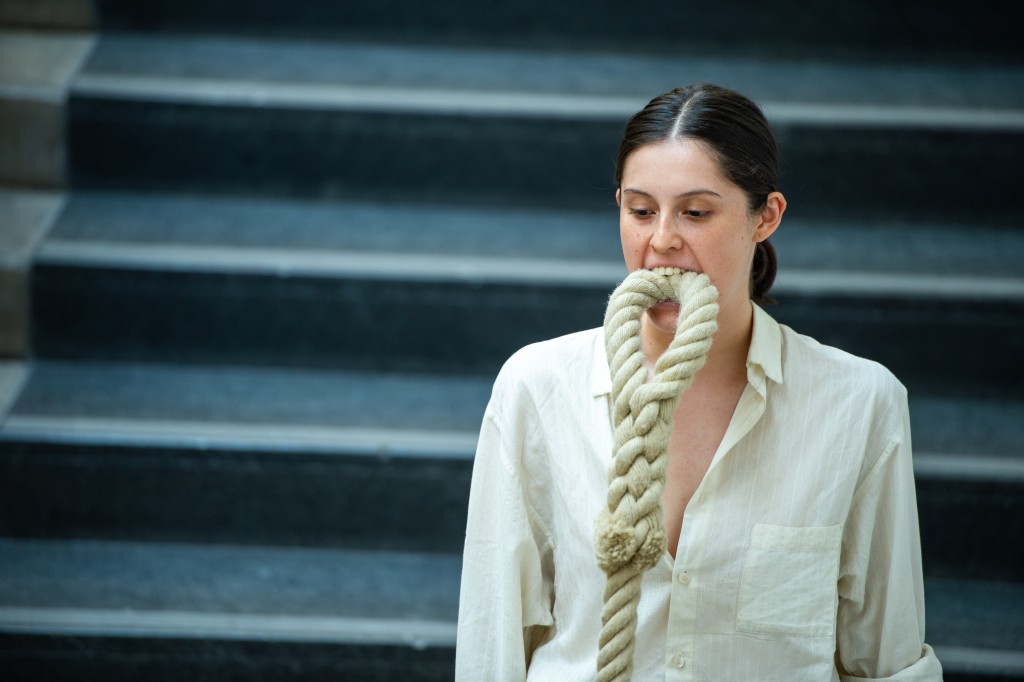